7venth Sun held its grand opening on January 7, 2012 in Dunedin, Florida by owner/operator Devon Kreps. Devon graduated from Oregon State University with a degree in Fermentation Science.  Directly out of school, she was hired to brew in Anheuser-Busch’s pilot facility and then moved up to management at AB’s Cartersville location. After several years working for AB, Devon decided to head south to Atlanta, GA to work for a smaller craft brewery.  She became the Production Manager at Sweetwater Brewing and helped the company expand.  Equipped with the brewing and business skills she had learned at these companies, Devon and two friends decided to team up and began to search for the right spot to open their own brewery in the Tampa Bay Area.  Both of those partners have since left the business and Devon is continuing to elevate 7venth Sun’s creativity by developing fresh new recipes and utilizing surprising flavor combinations.

The Dunedin location held its grand opening on January 7, 2012.  The brewery started in a 600 ft storefront and eventually expanded to the neighboring business in late 2013.  The current 1,200 square foot brewery features 10 taps, ample outdoor seating, a 3.5 barrel system, and 7 barrel fermenters. A majority of 7venth Sun’s saisons and lagers are produced at this facility. There were a lot of challenges producing beer in such a confined area, but starting with small batches proved serendipitous as it allowed the creation of a wide variety of styles – an extremely liberating change from the large production brewery setting.

Beer for the Sunshine State

Inspired by Professor Fritz Briem and Schlossbrauerei Au’s Berliner Weisse (1809), 7venth Sun began developing recipes for this tart, crisp, and refreshing beer.  Throughout the years, the brewery has released small batches of traditional Berliner Weisse a a numerous variations of Florida Weisse beers.  We think it is a perfect style to complement Florida’s sunshine.

Through collaboration with other burgeoning breweries, discussing process ideas, and dipping into the vast availability of tropical and citrus fruits the state had to offer, it was the beginning of a path that set the tone for 7venth Sun – innovating traditional styles by taking a new approach. 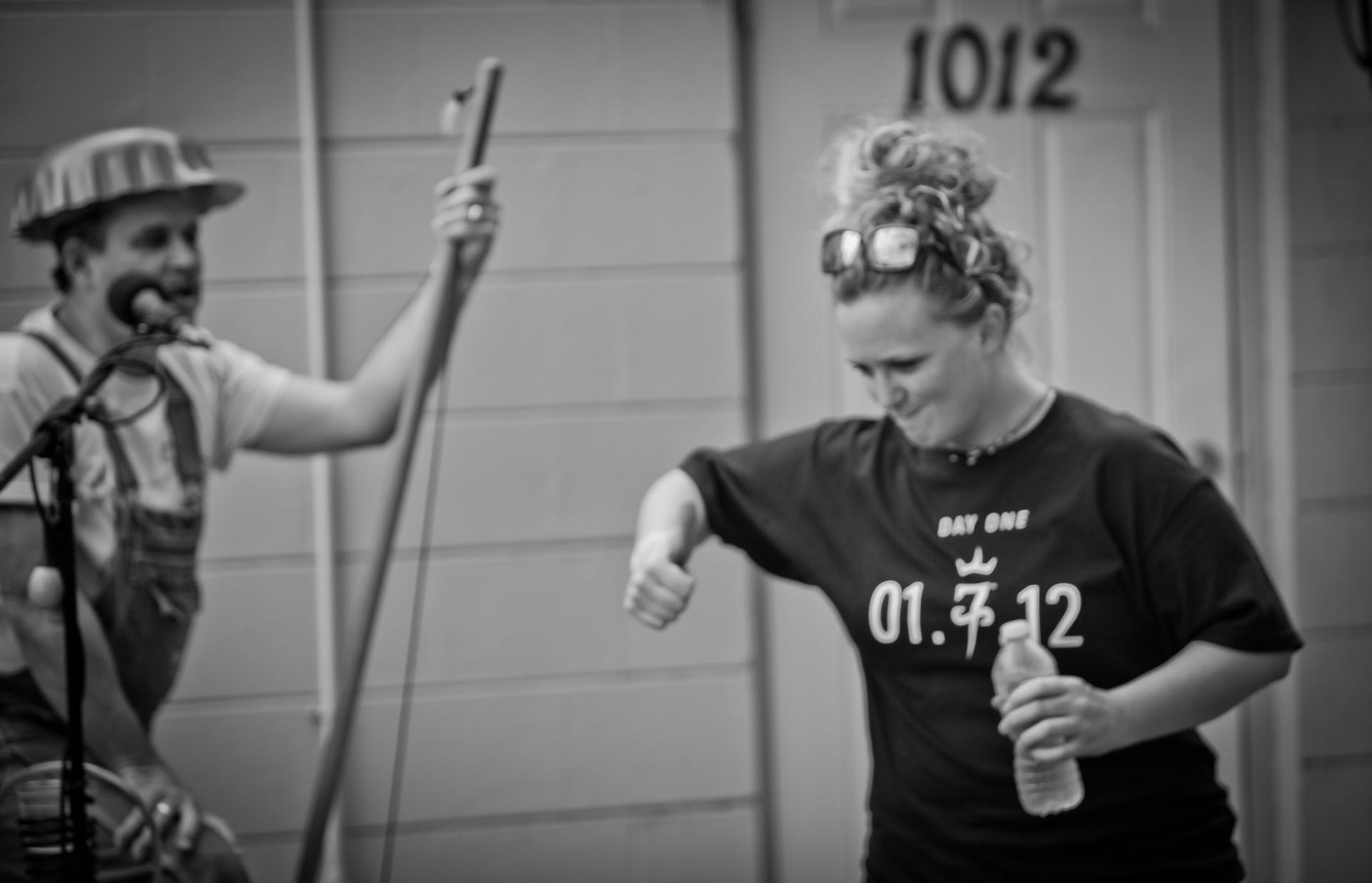 The dream of a Tampa facility was finally realized when 7venth Sun Tampa opened in the Seminole Heights neighborhood in August of 2017.  Though much larger than the original location, the 15 barrel system carries on the philosophies that began in Dunedin, continuing to push the limits of style descriptions and categories, shifting the focus to barrel-aged beer, both sour and spirit aged, in addition to Saisons and IPA’s.

The 18,000 square foot facility was once a roller skating rink, but now it houses a welcoming and comfortable tasting room with 28 taps. Artwork by Alex Gnatt graces the tap list and rotating artwork by local artist are displayed throughout the brewery. Our barrel aging and foeder aging program are on display, and yes, we have TV’s so you can pair your favorite beer with your favorite team.

The production area of the building showcases a 15bbl system, 15bbl & 30bbl fermenters, and a state-of-the-art canning line.

Check out our beers, view upcoming events, and learn about our tasting rooms in Dunedin and Tampa. 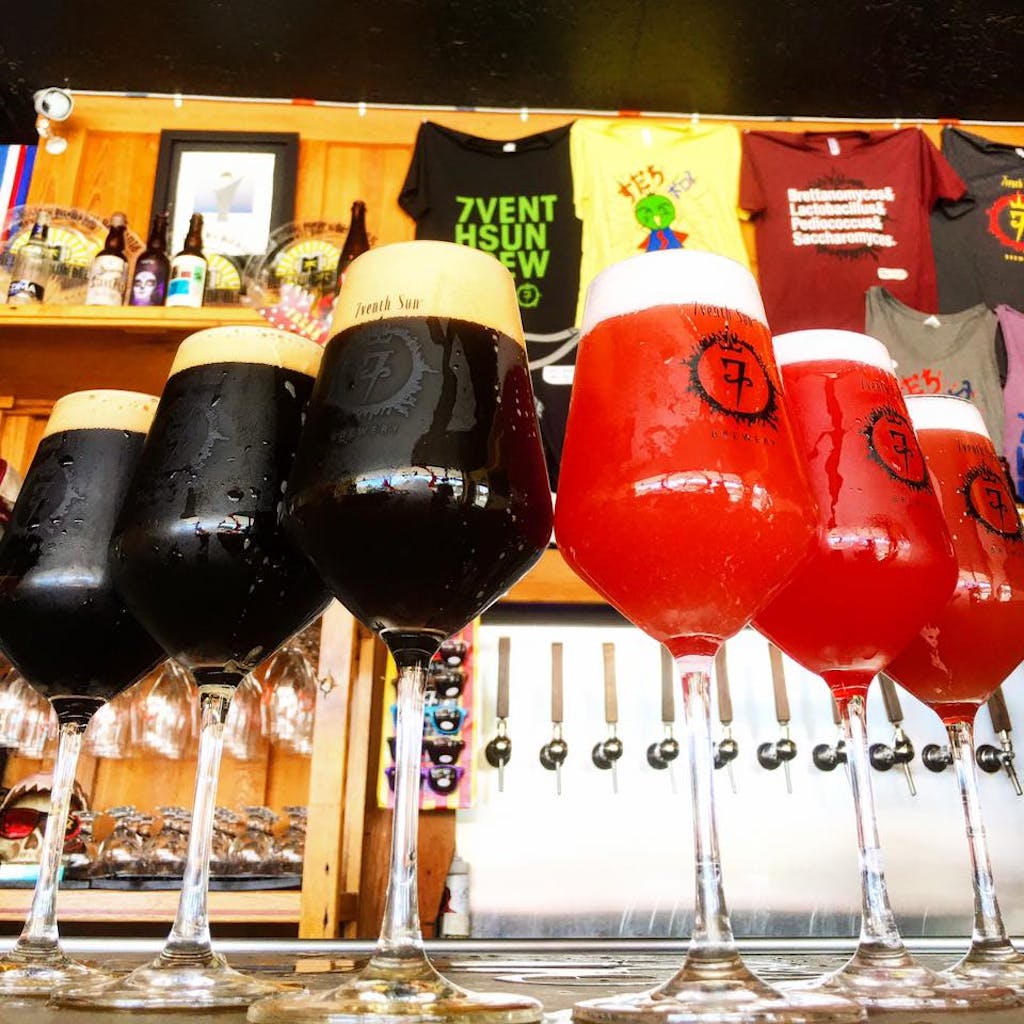 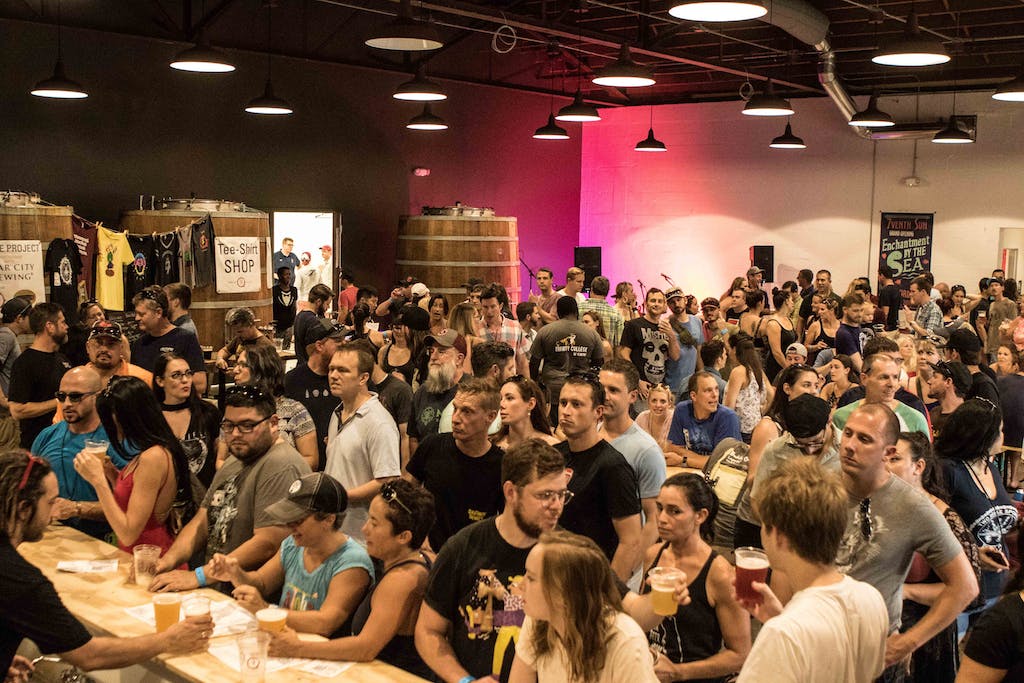 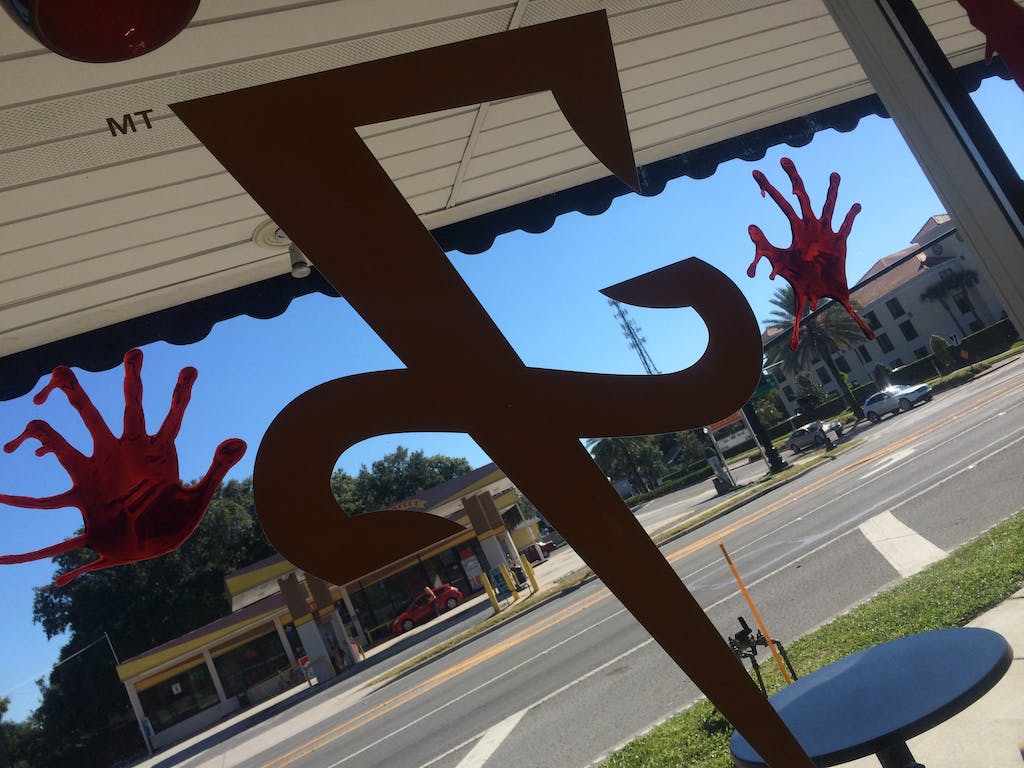 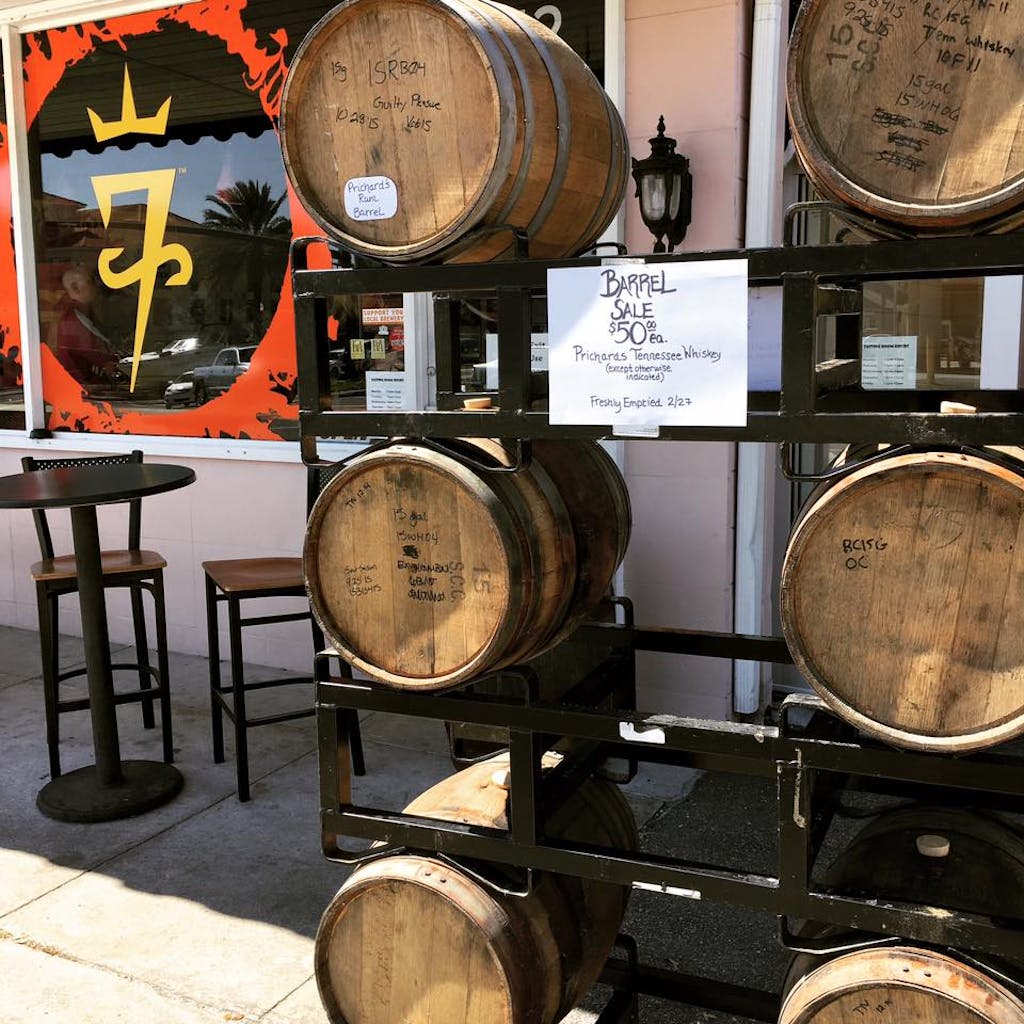 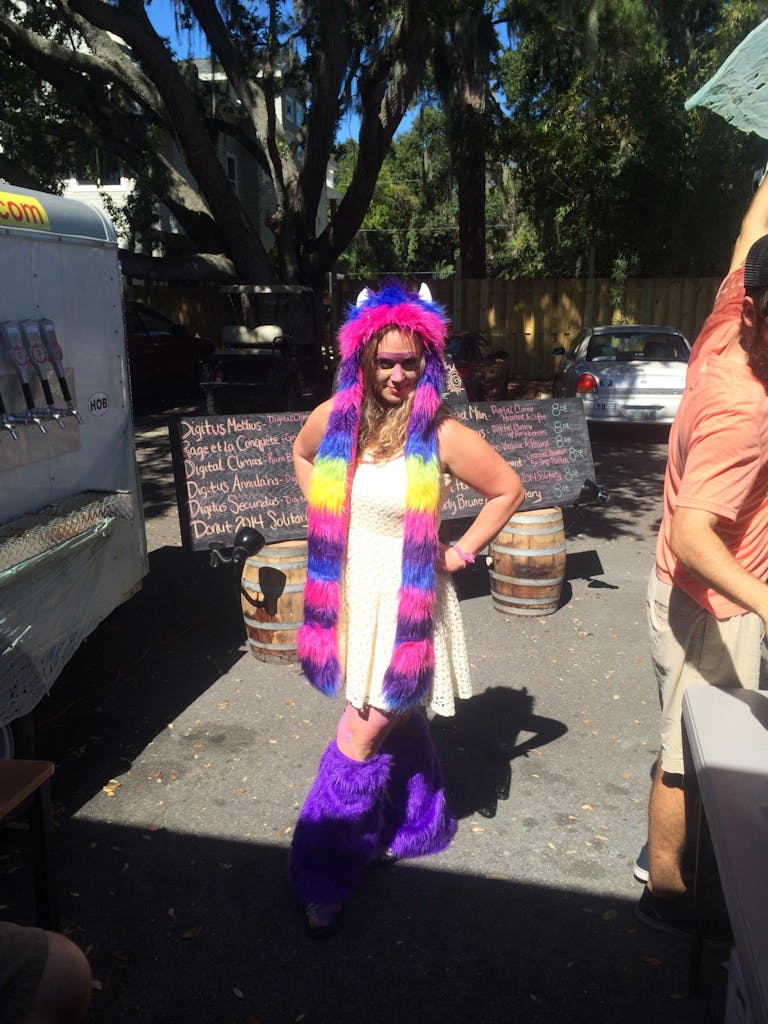 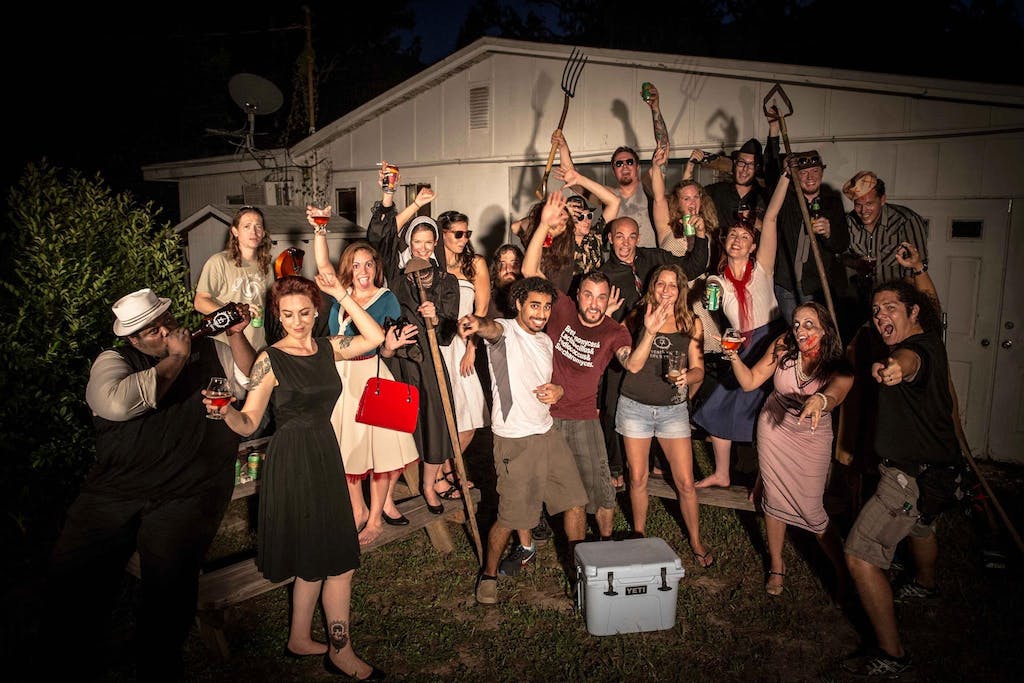 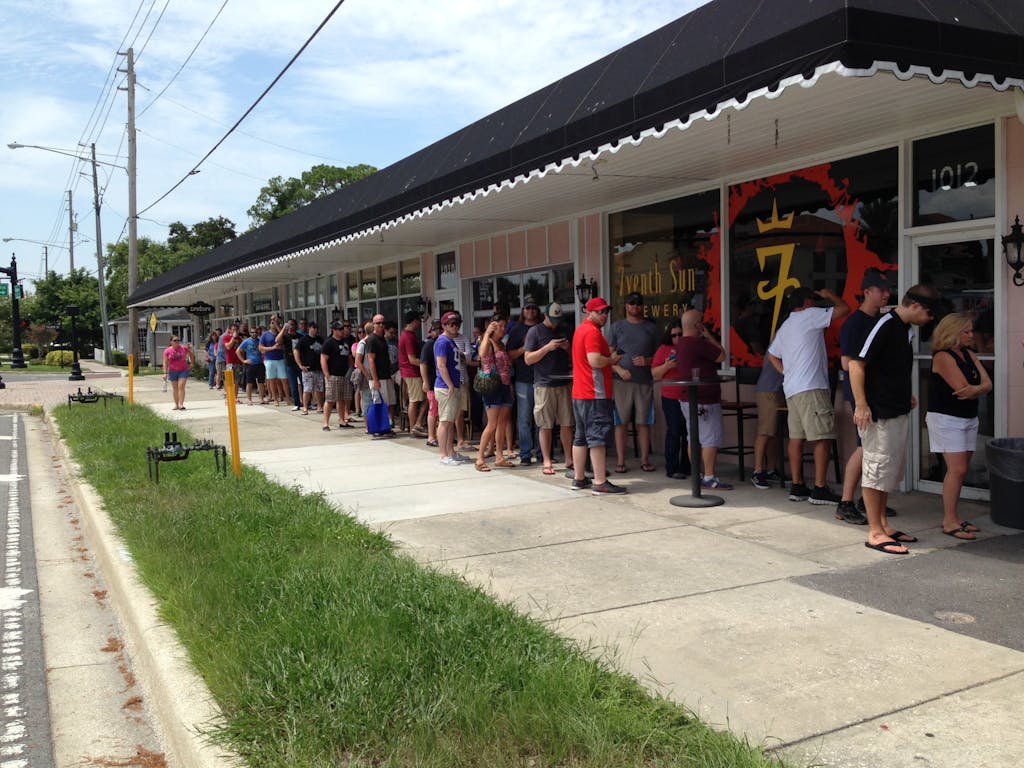 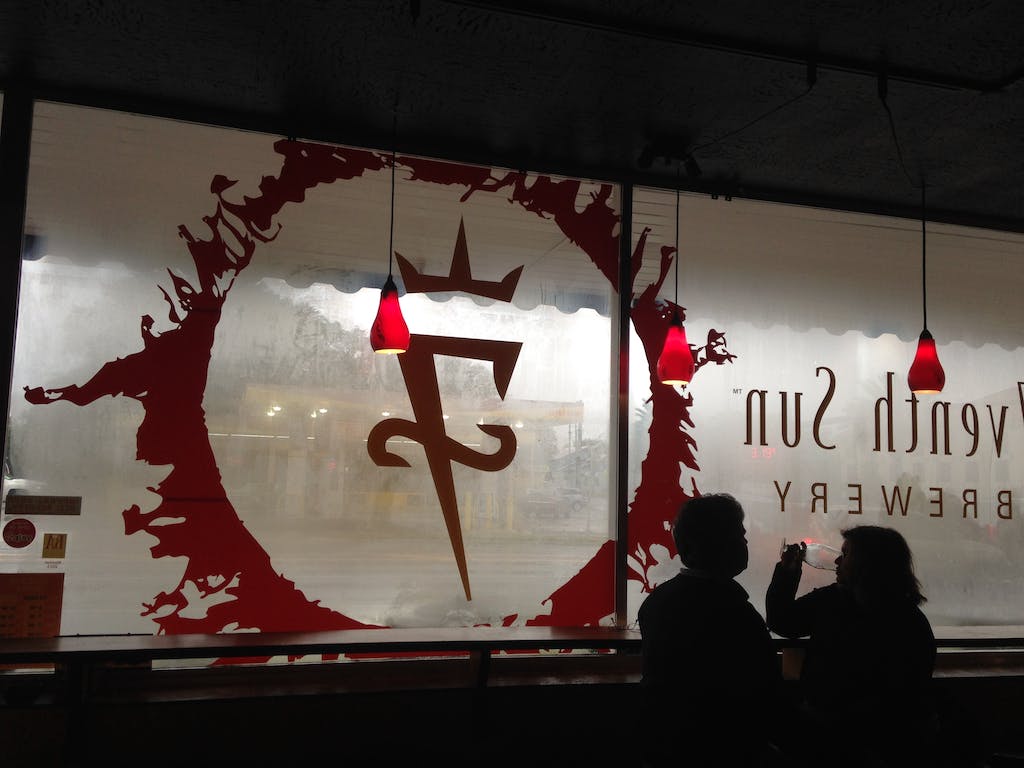